Michael Luvaglio, Director of Social Club Services and brother of Vince Landa.
Born in Mitcham, south of London to Frank (a tailor) and Maud on 4th June 1937 he was christened Michael Alphonso Peter Luvaglio.
Following an apprenticeship as a printer Michael did his National
Service in the RAF, where his
mathematical mind was recognised quickly and he was put in charge of calculating the correct weights and sizes of cargo in planes.
Soon after the completion of his National Service he joined brother Vince in business in a unit at Lewisham Indoor Market, before
eventually moving north to Newcastle in 1959.
At the time of his arrest Michael was in charge of brokering new deals with Social Clubs all across the north east for refurbishing their premises and supplying gaming machines and juke boxes.
On 15th March 1967 he was convicted of the murder of Angus
Sibbet and served 12 years in prison.
Since his release in 1979 Michael has dedicated his life to working for a mental health charity and campaigning to clear his name. 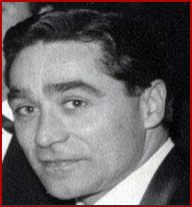 Dennis Stafford (originally
Siegenberg) was born in London on 13th September 1933.
A latecomer into the story he was employed to manage the Piccadilly Club, owned by Michael and Vince and only arrived in Newcastle in June 1966. By September the club had mysteriously burned down and
Dennis had been given other duties in the company, arranging entertainment acts for Social Clubs on the companies books.
Dennis and Michael became friends quickly and socialised together often and this was exactly what happened on the night of the
murder at Dennis’ house in Peterlee.
As Michael was getting ready to leave to meet Angus, Dennis
volunteered to accompany him and both men maintain they did not leave each other for the duration of the evening.
On 15th March 1967 he was convicted of the murder of Angus
Sibbet and served 12 years in prison.
Since his release in 1979 Dennis has returned to prison for
breaching his licence by travelling to South Africa and again for his
involvement in bringing forged travellers cheques into the country.
Most recently he was convicted of stealing some cheese and meat from his local shop, a charge he denied.
Despite his chequered past, Dennis maintains he is innocent of the murder of Angus Sibbet. 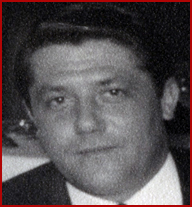 Vince Landa, older brother of Michael.
He was never considered a suspect by the police for the murder.
He appears here as, through his
business and through Michael, he
remains inextricably linked with the crime.
Born on 2nd September 1932 he was christened Vincent Francis Luvaglio, but changed his surname to Landa.
A born entrepreneur with a reputation for being in the right place at the right time Vince first hit the big time around 1955 when he
obtained the franchise for a convertor that allowed BBC and ITV to be received on televisions.
Setting up business in Lewisham Indoor Market he soon invested some of his profits in buying pinball tables, juke boxes and eventually one-armed bandits.
It was here that he met Angus, who had already begun working for the business when Michael joined.
Soon after a public fall out with Reggie Kray, who had accused him of putting machines into venues operated by the infamous twins, he moved the business to the North East.
Social Club Services was born and in the days preceding the murder Vince was in the final stages of preparing to launch the company on the stock exchange.
Valued at £8million in 1966 it would have made Vince, Michael,
Angus and some of their key employees very rich indeed.
But Vince left the country almost immediately after the verdict was given, the floatation never happened and the company was wound up.
When the police began investigating Landa’s business dealings in 1968 a warrant was issued for his arrest and he promptly
disappeared.
Four of his employees faced trial for fraud and were imprisoned while Vince changed his name to ‘George Rowe’ and sailed around the Mediterranean in a yacht for 12 years until the boat sank.
Broke, he eventually returned to the UK to face the music, which ended up being a small fine and a suspended sentence.
Vince tried his hand at several new business ventures, including
running a pub in Durham before eventually moving back to Essex.
He died on June 27th 2010 at his home in Chelmsford.